SKYRUNNING SHOW IN LIVIGNO WITH STIAN ANGERMUND AND FABIOLA CONTI 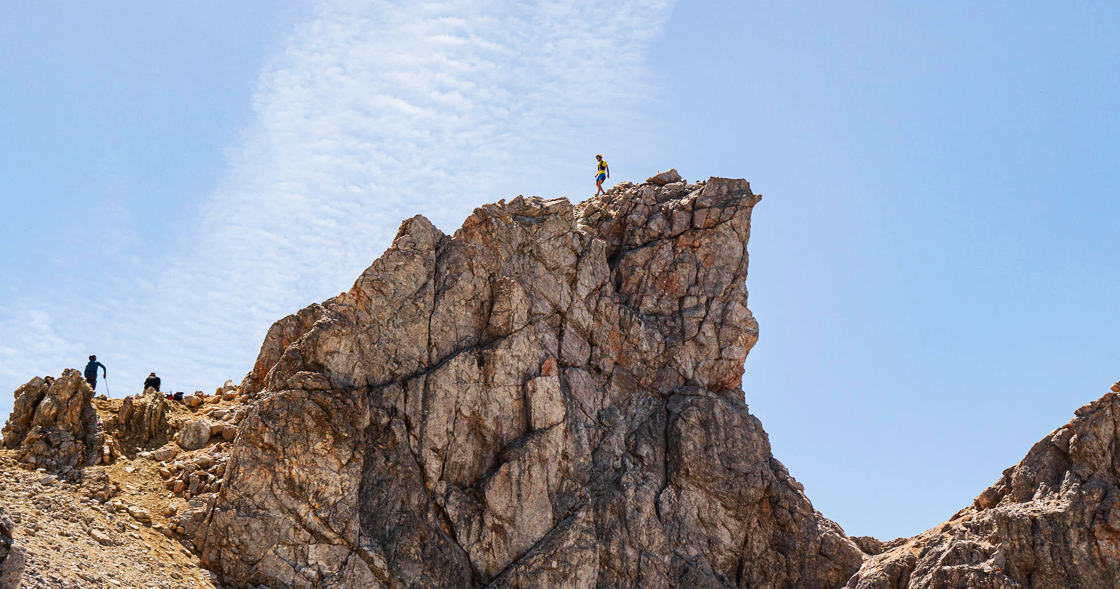 Stian Angermund and Fabiola Conti in the SkyMarathon, Antonio Perez Martinez and Gaia Bertolini in the SkyTrail.
They are the winners of the two beautiful races which, on today’s morning, saw more than 400 athletes from 23 different nations running on the paths and peaks of Livigno on the border between Italy and Switzerland.

A beautiful sunny day, great organisational skills, breathtaking views, high mountains (the main race took the athletes to the summit of Piz Cassana 3,070 m asl and Piz da Rin 3,005 m asl) and one of the most spectacular locations in the entire Alpine arc decreed the success of an event that appeals to great champions and simple enthusiasts alike.

IN THE MARATHON EVERYTHING WAS AS EXPECTED:

The odds were all in favour of Team Salomon’s standard bearer, two-time winner of the prestigious Golden Trail World Series circuit and reigning European skyrunning champion, Stian Angermund. The Norwegian champion left no doubts to his opponents, running as an absolute protagonist the 34 km with 2700 d+ of this beautiful and technical race, which mixes single tracks to be pushed, aerial ridges, steep climbs and acrobatic descents. In just a few minutes, from the centre of shopping and nightlife, the ‘sky runners’ found themselves running in an alpine environment, passing landmarks such as Crap de la Parè, the Mott, and under the walls of Pizzo Salient. Among the most scenic and appreciated points by the competitors, the Cresta from Pizzo Tropione to Pizzo Cassana deserves a special mention; a very aerial passage that gave the competitors a spectacular view of the Ortles and Forni glaciers.

From the very first metres, Angermund led the Lecco-born Luca Del Pero into a breakaway, then waved him off and ran most of the race alone. For him, the finish time was 3h38’22”. “It was one of the most beautiful races I have ever run in my life and also one of the most technical,” he said at the finish line. I will definitely be back. In the finale, the other Lecco-born Lorenzo Beltrami exploited his downhill skills and took second place in 3h50’55”. Third place for Del Pero 3h52’07”. Completing the day’s top ten were Mattia Gianola, Lukas Gasser, Paolo Ruatti, Samuel Davila, Paolo Bert, Valentino Speziali and Marco Piccin.

In the women’s event, the Romanian Ingrid Mutter and the local Elisa Desco tried to attack on the first descent Fabiola Conti. However, the latter reacted promptly by changing pace, gaining the lead and finishing with a margin on the Livigno red carpet in 4h27’09”. “I had never run a race like this before… it is truly stellar”, were her impressions after the race. “A large part of it is above 2,500 metres and several times we touched 3,000 metres. The ridges were super technical and the finish in Livigno was thrilling”. Second place for Austrian Stephanie Kroell (4h44’27”) and third step of the podium for the always competitive Desco in 4h52’28”.

IN THE SKYTRAIL TOP ATHLETES AND MANY AMATEURS:

Beware of calling it a side race. The Piccolo Tibet SkyTrail race has a route that is the envy of more prestigious events, which in the first part follows the route of the main race before leading the competitors back into the centre of Livigno. After an impressive 17 km with 1000 m of positive altitude difference, the first to return to the centre of Livigno was the Spanish Antonio Martinez Perez in 1h23’36”. On the podium with him also Claudio Muller 1h26’06” and Ahmed El Mazoury 1h28’34”.
After third place 2021, the talented Gaia Bertolini put everyone behind and won the race in 1h38’15”. Second place for the timeless Ivana Iozzia 1h38’43”, third place for another youngster to keep an eye on: Giulia Pol (1h41’32).

After the double organisational commitment at the end of June, the running events in Livigno are certainly not over. On a less technical, but no less beautiful route, Saturday 23 July will take place Stralivigno. In this case middle distance runners and mountain runners looking for a “fast race” will meet in the Little Tibet for what is in fact a mid-summer super classic.