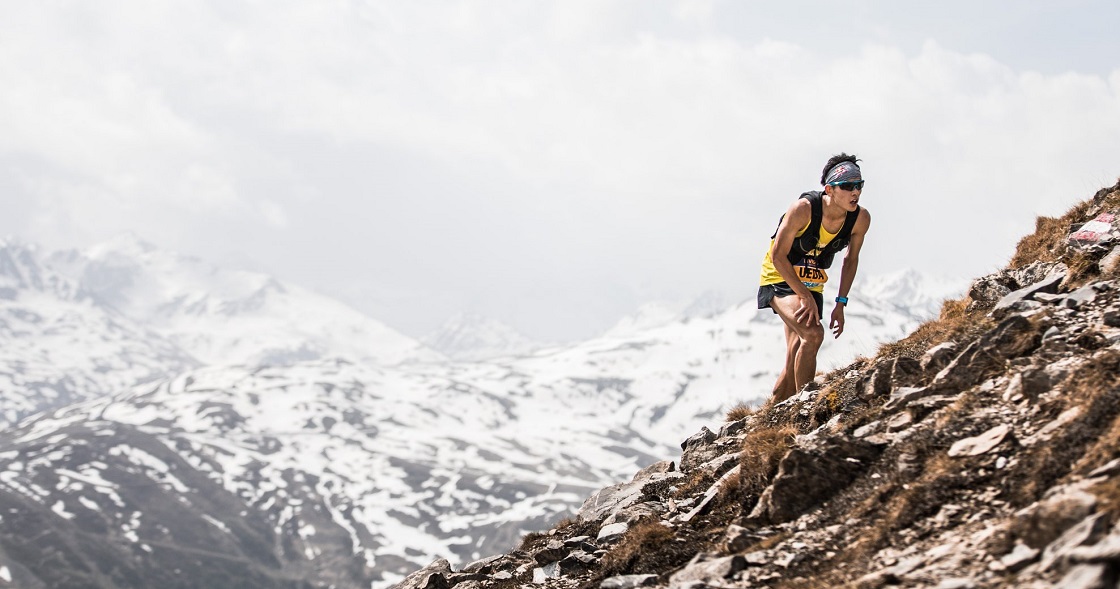 The Japanese Ruy Ueda and the Spanish Sheila Avilés win the 4th edition.

On the podium of the first Italian stage of Migu Run Skyrunner World Series, also the Italian Daniel Antonioli and the Spanish Oriol Cardona. The female Italian champion Elisa Desco arrived second while the other Spanish, Gisela Carrion reached the third place.

600 athletes from 23 different nations at the starting line (350 on the main test), gave birth to a top-of-the-line edition made even more legendary by the snow-covered peaks. In consideration of these placements, Oriol Cardona and Ruy Ueda are the leading males and Elisa Desco the leading female in head of the World Series ranking.

The organizing committee has, during the recent weeks, been called to work overtime after the abundant spring snow had made it impossible to use the original track. The race director Adriano Greco, supported by the home champion Marco De Gasperi and the numerous volunteers, have nevertheless managed to propose a technical and selective itinerary that has literally exalted the big world specialists. Once again Livigno has therefore proved to be the top location for the outdoor disciplines related to the mountain world.

Beyond “Super Sky” which has seen the Galacticos of the cup lined up at the starting line, unanimous approval also for the K17 dedicated to the runners at the edge of the sky.

With the passing by of the kilometers the Japanese, already winner of the first stage of the 2019 Migu Run Skyrunner World Series, took off and then appeared at the finish line of Livigno in solitary in 3h22’57 ”.

Authentic race also for the women with the Spanish Sheila Avilés immediately attacking and Elisa Desco right behind.

Running for a place on the podium also Holly Page (GBR), Oihana Azkorbebeitia (ESP), Elena Rukhlyada (RUS), Robyn Owen (RSA) and Hillary Gerardi (USA). In the crucial phases the “local” Elisa Desco tried the lunge taking the lead, but Avilés immediately regained the lead by winning in 3h52’40 “. Second place in the middle of the cheering for Desco -3h56’13 “- and third place for the other Spanish Gisela Carrion -3h58’51” -. In the top five also Oihana Azkorbebeitia and the British Holly Page.

Not only the World Cup, Livigno has offered a truly adrenaline-filled track even to the 250 K17 athletes who in the first section have followed the footsteps of the World Series champions. Here, Lorenzo Beltrami from Lecco prevailed in 1h44’00 “on the Czech Ondrej Fejfar -1h45’46” – and the chiavennasco Michele Penone -1h48’37 “-. In the female race, super performance by the South African Meg Mackenzie who arrived in 2h03’00 “. Second place for Cristina Giacomelli -2h15’01 “-, while the  Latvian cross-country skier Baiba Bendika was placed third in 2h17’42”.

In the mecca of outdoor sports set in the middle of the Alps, the summer of racing has just begun. Once the Livigno Skymarathon has been archived, the spotlight and energy will be concentrated on the legendary Stralivigno, the half marathon which has arrived this year at its 20th edition, with the brand new athletics track as starting point and finish line.